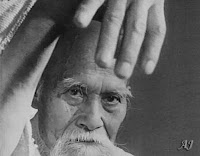 The ending “do” in the word aikido indicates a spiritual path, unlike the ending “jutsu” in the word aikijujutsu, which indicates a system of techniques. Many people see this difference as important as well as regarding iaijutsu and iaido, jujutsu and judo, and kenjutsu and kendo. Others see this distinction as a historically incorrect and somewhat unnatural division. For example, literally, do refers to a path and jitsu to a technique: therefore, some argue, aikido involves both a way (do) and technical study (jutsu).

Ueshiba taught that, while it was important to become proficient in physical technique, this is not the ultimate purpose of training. He taught that the principles learned through training in physical technique are universal and are to be applied to all aspects of one’s life. He once commented that he was teaching students not how to move their feet but, rather, how to move their minds.

Many agree that Ueshiba’s style became softer, more fluid, and effortless as he grew older. Some suggest this was due to a shift in focus to the spiritual aspects of the art, while others suggest that this was simply a natural result of Ueshiba becoming more proficient in physical technique. Various interpretations have arisen since Ueshiba’s death.

A range of aikido schools can be found, each placing a different emphasis on physical techniques, underlying principles, and spiritual concepts. This is largely a result of at what point the founder of each of these schools trained with Ueshiba–earlier or later in Ueshiba’s life. The former tend to focus more on physical technique, while the latter tend to focus more on spiritual concepts. However, this should not be overstated, especially since there is considerable variance from sensei to sensei, and an “aikido continuum” is quite problematic to actually construct. Some aikidoka view “physical vs. spiritual” as a false separation, or a failed attempt to stereotype branches of aikido.

Ki Society is an example of a school that focuses heavily on the spiritual concepts of aikido, rather than physical technique.