A really nice article by Nav Sagiba.  Again as a musician and Aikidoka I appreciate the fact that preparation is everything! 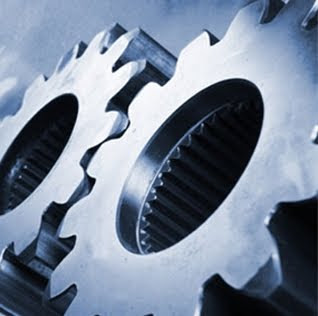 The nature of the universe and existence consists of peaks, troughs and moments of intensity. Understanding this better, prepares you to navigate life, as it is.

The nature of battle is a more intensified and concentrated rendition of this universal principle. There will be quiet moments.

What you do during the quiet moments determines outcomes in battle per se.
Athletes understand this, apply it; and the better ones use it to successful outcomes. In life, we needs be spiritual athletes and warriors if we are to excel.

Preparation is everything. The longer the preparation, the better the result. The unprepared generally have much stress and embarrass themselves at the critical moment.

We’ve all heard the tale of the squirrel who stockpiled during summer and the fate of the one who played instead.

Swatting the day before the exam is a failed strategy; rather no strategy at all, but mere panic.
When the test comes, it should be, if not entirely happenstance, then certainly less stressful than if no preparation was in place.
Time is your friend. Use the quiet moment in-between events to refine and improve related skills and necessary tools wherewith to succeed.

Grading should represent a battle of sorts. Training is the preparation. As for getting coloured belts and laurels to show off ego, you can forget that these have any value. It is the intensity of the event that has the value.Grading represents battle. In a softened and modulated sense of course, but the element of intensity is present with all its value.

The too fortunate for long periods of ease, forget this universal principle and become complacent. They therefore are setting up to fail.

Budo training revives and reminds the trainee about the nature of the universe, the grand Aiki, or yin-yang of peaks and troughs with their crowning glory in moments of intensity.

For these to have value that you can extract from the intensity of universal largesse, you must diligently prepare. Otherwise energy, rather than being a gift, will instead present a threat to your existence.
So why is it we appear to be preparing for an event that we seem to think may never happen in our lifetime, such as violence?

Look around you. Listen to the news.

Notwithstanding, the exercising of intense skill in action, not only better prepares us for those peaks and troughs which are life itself, but also enable all our other skills to refine to greater levels.
When your standard of service to society is well honed and the bar is high, thereby, it makes things better for everyone else. If not entirely mitigating, then certainly lessening the possibility of violence from erupting in your locality.

This can be extended to global attitudes and is the nature of Budo, the stopping of violence, in particular Aikibudo, the harmless stopping of aggression, that the Founder of Aikido, Morihei Ueshiba, not only aspired to, but also lived and exemplified, forging a path in the wilderness that makes it possible for each and everyone of us to traverse.

“Mastery is not something that strikes in an instant, like a thunderbolt, but a gathering power that moves steadily through time, like weather.”
John William Gardner (1912 -2002)