…All the moves were different but the idea was the same. 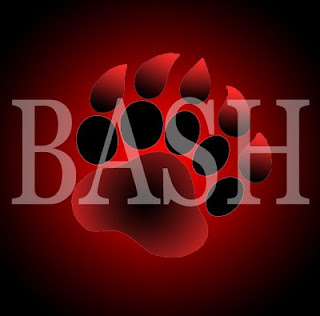 Recently I was honoured to be one of the instructors on the now famous Auckland Friendships Seminars, where Aikidoka from all over NZ, as well as students of other disciplines including jujutsu, Kung Fu,karate and Judo all take part. the emphasis is on the sharing of knowledge, and to this end in recent years there have been guest instructors from other arts taking a session.

This time around John Tahere, an expert in Karate, Close Protection techniques and crowd control filled the guest slot, and emphasized the “real life” aspect of martial arts.
This, of course, opened the old “Is Aikido effective” can of worms, and after the seminar man, many emails (CC all…) pinged around the country as attendees all said their piece on the matter.

As a writer/blogger/all round opinionated git, I’ve had a couple of people nudge me and ask when I was going to put my oar in on the great “To Bash or Not To Bash” debate, and it’s taken me a while to respond, as frankly, it’s a big subject and I only have a small brain.

Before I ramble on, I think it’s worthwhile giving you a bit of background…
I started Aikido as a ten year old, basically because during 1974 Bruce Lee was doing his thang and every kid wanted to be able to do the same. This meant that me and my little brother spent every weekend at A & E having just punched, kicked or hit each other with something. By coincidence, The Hut dojo, birthplace of Aikido in the UK (est. 1950-something) was at the end of our road, so it was a no-brainer for our parents to start dropping us off every Saturday morning at the kids class.

After a few years my brother grew huge and started playing rugby on Saturdays, leaving me to continue on my own. I left home at 16 and moved into central London to go to Uni, and ended up doing the “local” club martial art (Wing Chun) which was an eye opener, as all the moves were different but the idea was the same. For me the first huge penny dropped.

Life, work, etc dragged me away but within a few years I was back at The Hut dojo – this time my motivation was for overall self-improvement, which of course included fitness and self defense. Anyone that has trained with Sensei Foster at the Hut will tell you it is physically demanding, high tempo, the attacks are committed and the straw tatami tough on the body. I spent about 15 years there training, teaching and assisting Sensei Foster before coming to New Zealand to live in 2005.

At around the same time my Pancreas decided it wanted retire, so I had to start shooting up with insulin and doing all the other stuff the doctors tell you to stop you dropping down brown-bread. What I hadn’t planned for was the fact that for about 80% of the time your blood sugar is either high or low, meaning you feel like crap. Couple this with the fact that for the last few years I’ve pretty much been teaching and am very lucky to get one training session in for my self a week, and you get a good picture of someone who has gone from being fit, strong and used to a regular beating to basically a normal middle-aged Pom trying to get through each class without embarrassing people by falling into a coma. For me the days of relying upon physicality are past.

“Where is he going with this” I hear you ask? Well, my point is that I started Aikido because my parents wanted me to get out the house, and I wanted to be able to do flying ninja kicks like Bruce Lee. I continued with it as a teenager because I was fascinated by it, and quite frankly, it was one of the few things I was good at. I returned to it as an adult as I wanted something else in my life apart from the quest for money to pay bills and the disappointment of seeing Queens Park Rangers Football Club lose every week. I continued with it as an adult as it got me out of a couple of scrapes in one piece and I was starting to see something within our Art that was gradually making me slightly better than the dodgy cockney I am at heart.

And now? Now I have responsibilities to my own students, and to all the years Sensei Foster, Sensei Ron Russell and all the other instructors along the way that gave me their time and energy to pass on how I see Aikido. That of course includes 2000-odd techniques and variations, ukemi, a sack-load of weapons kata and pairs practices, as well as everything that I am greedily absorbing from other Aikidoka, Jujutsu practitioners, my Eagle Claw Kung Fu friends in the UK, Peter Ralston and people like John Tahere.

At this moment in time I now view Aikido as a Martial Art that can give me the best possible chance not to have to fight.

All the moves were different but the idea was the same. It was a great seminar – can’t wait to be a part of the next one.