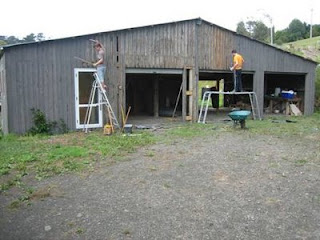 After months of planning, and even longer trying to find the money, on Saturday morning we finally got underway on construction of the new, full-time Institute of Aikido Auckland dojo. The current venue in okura has served us well for the last 18 months but we are outgrowing the space, and it has been clear for a while now that we need more capacity, and the option of a more flexible training schedule.

At the moment, what we have is a lump of land (around 5 acres in Silverdale, just north of Auckland, about 30 mins from the City) space to park about a dozen cars and a barn.

The plan is to double the size of this building and create a full-time Aikido facility with just over 100 sq metres of mats. Sounds easy if you say it fast.

Phase 1 was basically to remove the mezzanine floor, clean out the inside of debris and then remove most of the fascia. Volunteers from the club managed this in an astonishing 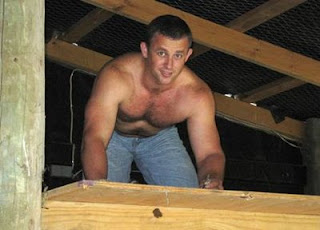 3 hour stint. Once again, my thanks goes out to those who turned 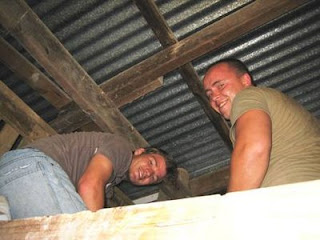 up, sledgehammers and crowbars in hand.

First job was to somehow take up the flooring. We are trying our best to recycle as much of the timber as we can, so this took a while. Each nail had to be tapped through so that we could lift off the floor board with as little damage as possible. 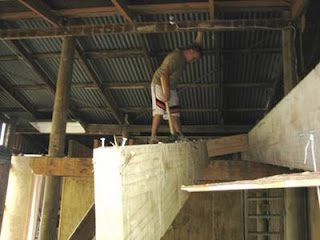 Once this was done, we then were faced with large beams that had been in place for a quarter of a century, and were nailed, bolted and strung together in a way that made you think the original builders were expecting earthquakes twice a week!

A combination of lateral thought, crowbars and gentle persuasion with 12lb sledgehammers gradually weakened their resolve, and one by tone they started coming out.

The last task was to 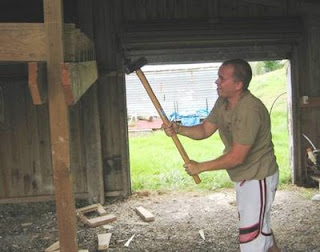 pull off the timber cladding – again we were keen to save as much as possible for re-use later, so this was all done carefully, by hand. A special mention to Jeremy and Leighton as they worked through several heavy showers to get this done. 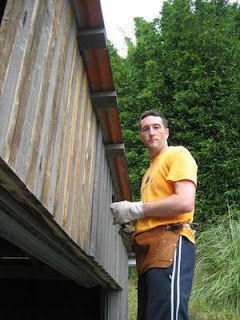 Finally, after a short beer break, the salvage was sorted, graded and piled up and the site left tidy for the builders to start preparing the roof for the arrival of the 12m steel beam that will be supporting the new roof, and allow us a pole-free mat area with enough head height for training with the Jo.

The schedule say April 23rd for the grand opening, but my experience of builders in the past means that in my head I’m assuming July or August! I’ll keep everyone up to date as to the progress of this somewhat ambitious project, and of course, you will all be welcome to come and train with us once the new venue is up and running. 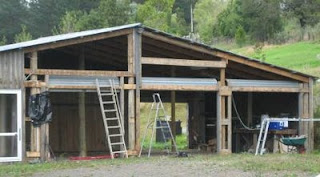