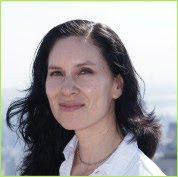 I had just returned to New York after graduating from business school in France.

I was feeling a little ungrounded career-wise – I had an MBA but no real interest in typical MBA professions like investment banking or consulting – and so, in the meantime, was temping at a 9-to-5 job. Being a night owl, I realized, I still had a good six hours after work before bedtime and the idea of taking martial arts popped into my head (like most of my life-changing decisions do).

Flipping through the Yellow Pages, I found a taekwondo-do school a few blocks from my apartment and signed up for the one-month trial. Within the first few days, I was hooked, going to class four or five times a week. And for the next seven years that I pursued my first-degree black belt, martial arts training was my anchor — through a myriad of jobs, roommates and relationships — a profound source of lessons and references that I could translate into work, music and every aspect of life.

1. Break down the impossible into the possible. When I first started training, I saw the students with advanced belts leaping high up in the air and throwing flamboyant kicks, and I couldn’t imagine ever being able to do them myself. Luckily, as white belts, we began with a basic turning kick, which was vaguely doable and, from there, almost without realizing, I made incremental progress until it was me who was one of the advanced belts breaking boards with a flamboyant kick. This has been an invaluable reference that I’ve applied to everything I do. Feeling that awful “how am I ever going to do this?” pit in my stomach when faced with a daunting challenge – whether it’s distilling reams of information into a client presentation, learning the thousands of notes in a Rachmaninoff concerto or memorizing the names of all the muscles and bones for a fitness-certification exam – I remind myself that I’ve done the “impossible” before and I can do it again.

2. Feel the emotion without reacting emotionally. It’s so easy when you’re contact sparring to get angry and take it personally when your opponent lands a painful punch to the stomach or kick to the head. But when anger – or other strong emotion — clouds your thinking, performance suffers (it may also have something to do with the kick to the head). So, I learned to quickly process (not suppress) my emotions, and not let them (necessarily) dictate my actions or demeanour. (P.S. This is a handy skill to have at the office.)

3. If your first attempt isn’t successful, try it again (or something else). I think this may have been said more eloquently by someone else, but in truth, I often fell prey to the illusion that if something didn’t work the first time, perhaps it wasn’t meant to be. In class, we would learn different kick combinations to counter or initiate an attack. Practicing with a partner, they seemed so simple and effective. And yet, I was frustrated when the combinations didn’t work in actual sparring. What was wrong with me?! In fact, it wasn’t about finding a foolproof strategy or formula that would work right off the bat regardless of circumstances: it was about tweaking the formula or trying different strategies until one worked. (Hmmm, can you think of other situations where this might apply?)

4. No-one is good at everything. Surrounded by talented students — some who competed internationally, had black belts in multiple martial arts or had been training since they were two years old – they all melded, in my mind, into one incredibly fast, strong, flexible super-human composite. Intimidating and discouraging, to say the least, and not even accurate. As it turned out, everyone had their strengths and weaknesses, and it was a better use of time to maximize what strengths I had than to psyche myself out exaggerating those of others. (Corollary: Stop playing the comparison game.)

5. Energy starts in the mind. As passionate as I was about training, I didn’t always feel like going to class after work. Some nights I would drag myself sluggishly across the mat, shoulders slumped, focused on how I could sneak out early. But then one of the master teachers would appear in front of me with a kicking pad, and I would be miraculously flooded with renewed vigour. How strange, nothing else had changed; I hadn’t eaten a Power Bar or gulped down a Red Bull. By virtue of the master’s attention, I simply felt inspired to try harder, to show respect by doing my best. That instant energy surge was vivid proof that it’s the mind that tells the body what to do, not the other way round.

6. Persistence pays off in more ways than one. Okay, it’s one thing to know this intellectually; it’s another to experience the confidence-building effects. The black belt test takes about an hour and consists of calisthenics, forms, sparring and breaking a block of five boards with a back kick. No matter how well you perform on the other parts of the test, if you don’t break the boards, you don’t get your black belt. This was the one part of the test I wasn’t able to practice and, as I faced the boardholders bracing for my kick, I was overcome by doubt. I didn’t break the boards the first time. Nor the second time, the requisite three months later. I don’t think I have ever felt so discouraged and inadequate. But I was determined not to walk away, like some of the other students who never came back after their first failure. It took me five separate tries and hours of practice over the course of a year to finally break the boards, but the intense feeling of relief, sense of accomplishment and confidence in my ability to persist was priceless.

7. Commitment trumps ability. My frustration from not being able to break the boards was exacerbated when I saw students who were less fit or not as strong as me, kick right through with apparent ease. (And I’m guessing the muscular football player who also took several tries to break the boards felt the same.) The difference was they believed they could do it and they didn’t hold back. As the instructors used to say: “Kick like you mean it.” I have yet to use any kicks or punches in actual combat. But the mental muscles I developed – confidence, resilience, ability to adapt, self-control — those, I have occasion to use every day.