Is (tournament-style) kumite a necessary part of karate training? 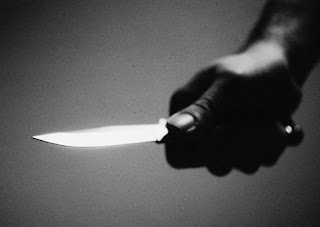 A thought provoking article by,

From the website of the Kenshinkan Karate Organization: which also raises questions as to the nature of Aikido training.

The answer is yes.

However, that doesn’t mean it is necessary to participate in tournaments. While it is good to include (tournament-style)kumite as part of karate training it doesn’t have to be in a tournament situation.

Nowadays it is not possible to practice attacking your opponent with bare hands in kumite practice at your dojo. However, at the same time, if you are doing so-called actual fight training without rules that is non-contact, it is not possible to see actual proof that what you are doing is effective. Not only is it difficult to improve your skills, but you have no evidence of whether or not they have improved. If you have been training for 10 years and you haven’t become any stronger or you can’t use your skills in an actual fight, then your dojo is obviously swindling you.

Naturally in tournament-style kumite, there are rules. Under Full
Contact Karate rules (known as Kyokushin rules) you are not allowed to
strike your opponent in the face. In terms of it’s relevance to a real
fight there are some who would argue this rule. However, under the
restrictions of this rule, an extremely high level of punching and
kicking skill and technique are required to knock your opponent down.
Practice under these rules increases power and cardio pulmonary function.
The athletic ability of most of the competitors in the All-Japan class
under these rules is equivalent to that of an Olympic class athlete.
Under these rules the ability to win is rooted in the method of training.

This is why repeated practice of these skills benefits even those who don’t want to participate in tournaments. Day-by-day technique steadily improves and speed is gained. With repeated practice of these skills, you just need the physical strength to be able to use them in a real fight. It could be said that self-defense at some point becomes fighting sport. However there are few places where this actually occurs.

In the fighting sport K-1 where striking the face (with a glove) is allowed, half of the people in the organization come from a background in full contact rules. It is this half that become champions. The organization that started K-1 also has a full contact rules history. Striking the face with a glove poses a risk to the brain and so it is best left to specialists. For amateurs it is better to safely and steadily increase strength under rules that prohibit punches to the face. (I highly approve of glove-rule practice [rules that allow punches to the face] provided that punches are light) There are people who think that tournament-style kumite training under full contact rules is harsh, but if hand, leg and knee protectors are worn anyone can do it safely. Comparing people who do full-contact training to people who do non-contact training is like comparing people who drive cars in Tokyo with people who drive cars in Hokkaido or Chiba.

Tokyo has the greatest number of cars in Japan, however it does not have the highest road accident mortality rate. Surprisingly, in Hokkaido and Chiba where the roads are wide and there are few cars there are more deaths caused by car accidents each year. So what does this show us? You would think that with so many cars on the road driving in Tokyo would be dangerous, but because people in Tokyo have no choice but to drive in this kind of environment, by the time they have been driving for a few years they have become highly-skilled drivers. Their skills cannot be compared to those of drivers who are only used to driving on quiet roads. At first, driving in the crowded city seems very dangerous, but as you gain experience driving alongside fast cars and motorbikes, and driving in narrow streets with large trucks while avoiding getting your car scratched your driving skills become highly advanced.

If you liken this to karate, when everyday during training you are receiving fast punches and powerful kicks, like the car drivers, when you are hit you gain real experience and understanding that can’t be gained any other way. Through this your skills will improve greatly. If you are doing non-contact training and assume that your strike has been effective, you are making the same mistake as a person speeding around an empty racetrack believing that they are a racing champion.

Under full-contact rules, I believe you can see that tournament-style kumite training is an extremely effective form of training.

Surprisingly, a person who does non-contact training is more likely to be seriously injured than a person doing full-contact training. When you are routinely blocking fast, powerful punches and kicks, when you become used to seeing combinations that are calculated to cause their opponent to open their guard, in a one on one situation, you are less likely to receive damage that results in injury. Again parallels can be drawn with the big-city driver.

In order for you to better understand our form of karate I would like to discuss our technical theory a little further. This is what I often hear from people who have joined our dojo. Those who have come from traditional karate styles express surprise that the karate that they thought they knew could be so different. Those who have come from similar full-contact styles often make comments like “Anyone who is taught such theoretical full-contact skills can’t help but become stronger.”

In the beginning we decided we would concentrate on theory and dojo training, not on tournaments. But when we did this nobody paid us any attention, so we chose to enter tournaments to show evidence of what we were doing. As we began to win tournaments more people began to pay attention to our theory. Not only this but through the process of participating in tournaments we were able to make new discoveries and further develop our theory. In one combative arts video we saw they said that Kenshinkan is like a laboratory. And it is just as they said, as we try various new things we are continually making new discoveries.

In investigating the differences between striking a person and striking an object I have also experimented with tameshiwari (the practice of breaking bricks etc. in martial arts). I have succeeded in breaking a 200kg ice pillar, a brick, a bat, a plank and a roof tile. And here again I made new discoveries about the differences between striking an object and a person.

Human beings are weak. We have a tendency to go with the flow and without even noticing we take the easy option. I believe daily training, knowledge, listening to various opinions and putting them into practice are all essential.

I still remember the Kenpo master Kenichi Sawai saying “Anyone who
doesn’t know (how to do) fast punches and powerful kicks is not a
martial artist! That kind of person will run in to a lot of trouble.”