The Psychology of Aikido 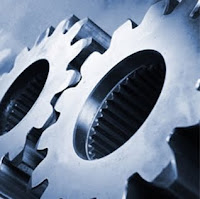 A great piece by George S. Ledyard
Many people are familiar with Aikido, the non-violent Japanese martial art which allows self defense without serious injury to an attacker. Not many however, know that the founder of Aikido, Morihei Ueshiba, intended for Aikido to be primarily a means of personal transformation and by extension a means for the world to better itself.

The mechanism which allows a martial art to also promote Peace is a very interesting one. One often hears Aikido called moving Zen but without direct exposure to Aikido practice it is difficult to know what that statement actually means. Aikido is usually done via paired movements in which one person is designated as the attacker (or person who initiates the interaction) and the other is the designated defender (or person who strives to blend with attacker’s energy, redirect it, and resolve the conflict by placing the attacker in a position from which he can not continue the attack).

This is done without a competitive frame of mind, rather the practice is entirely cooperative with each practitioner striving to act out his or her own role with total commitment in order to facilitate the mutual practice. But what makes such a practice transformational? One element is in the nature of the Aikido interaction itself. Each practitioner’s role calls for total attention on staying “connected” with the other person’s center. In other words after the initial attack is initiated, each partner is attempting to experience the full extent of the movement and energy of the technique not to resist the other. If each partner is devoting his full attention to blending with the energy given by the other partner who is actually in control of the technique?

This is the meditative aspect of Aikido training. Nothing can be forced or the interaction breaks down and becomes merely mechanical. True non-resistance calls for a “letting go” of the various ego generated insecurities which cause conflict in the first place. Just as in Zen meditation in which one does not repress extraneous thoughts in order to calm the mind but rather simply notes each thought in turn without “attaching” to them, one does not “attach” to the force of an attack but instead uses natural movements to allow the force to run itself out and come to a new balance in which the inherent conflict is resolved. As one meditation teacher put it “You can’t stop the wave but you can learn to surf.”

Aikido movements reflect the essential movements and energies of nature. Here we find another aspect of the practice which encourages personal transformation. Jungian derived psychology says that we are not simply one unified personality but rather a set of personalities or selves, some of which are conscious and others are unconscious or disowned.

The process of enhancing mental health is one of integrating these often conflicting aspects into a “whole person” who operates from awareness of all of the various sides of his or her own nature. Since the disowned selves are often the parts of us that carry the socially unacceptable aspects or parts of us that don’t mesh with the primary selves which we show to the world they are sometimes referred to as the “dark” side of ourselves.

Bringing awareness to this side and in some way acknowledging that the energy contained therein is also a part of ourselves is what much of therapy is about. Aikido techniques are designed to be done without injury to the partner. Yet the energies one is channeling are both benevolent such as a flowing stream of water or a cool breeze and at the same time potentially destructive such as a tidal wave or hurricane or tornado.

Both types are natural but one could say that they represent the light and the dark sides of Nature. So within the context of Aikido training one has a means to express the dark side of his or her nature and integrate it with the light side in a way that is safe yet doesn’t repress or disown that dark side energy. A person who is afraid of his own deeply seated anger issues and has therefore relegated them to the unconscious level can find that the energy of that disowned side so long disowned can be safely released because the nature of the practice allows it to be done safely and in manageable doses. A student who had a chaotic and unpredictable childhood might have developed a primary personality which is very controlling, attempting to force predictability and therefore safety on his environment.

Aikido practice will not only encourage that person to let go of the urge to “control” but will actually teach him that true safety lies in not trying to control what can not be controlled. Aikido is about bringing all of the different sides of our selves into balance both psychologically and physically. It calls for shifts of those very blockages which effect us in all the rest of our lives.

It was the dream of the Founder of Aikido that if enough people were to discover his art it would begin to transform society and the world for the better because just as in the individual each society has its own primary and disowned selves. Greater awareness or mindfulness on the part of an increasing number of individual members of society will inevitably begin to bring its issues into the collective consciousness and allow us to work on them.