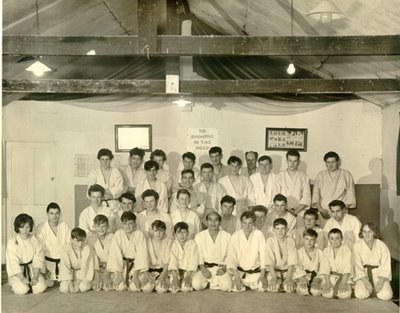 The Renown Society was formed in 1966 by Sensei Ken Williams after Kenshiro Abbe sensei returned to Japan.

This was the original society teaching Aikido in the UK*.

Abbe sensei had been teaching both judo and aiki jutsu at The Hut, Hillingdon in the UK since the 1950s. The Renown Society broke up in 1969.

In 1973 at the request of senior ex-Renown Society Instructors, Sensei Foster formed the Institute of Aikido based at The Hut dojo, where he has been teaching ever since.

*There is still some uncertainty as to who was the first to practice/teach Aikido in the UK but the information above comes from “the horses mouth” ie people who were actually there at the time. If anyone out there knows better please let us know. 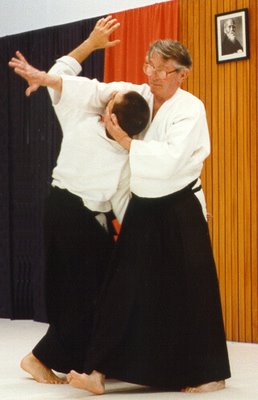 The Institute Style
The style of Aikido practised by the Institute of Aikido comprises traditional Aikido combined with a comprehensive use of the Jo and Bokken. The resultant blending of the mental, spiritual and physical attributes of the practitioner provides a sound, self defensive martial art whilst maintaining the flowing circular movements synonymous with traditional Aikido.