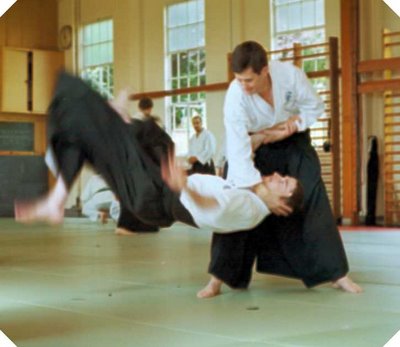 Ray Eder, Chief Instructor at Kyu Shin Do, was recently awarded the grade of 5th level black belt by one of Europe’s most senior Aikido Masters.

Mr. Haydn W.Foster, the worldwide Technical Director of the Institute of Aikido, which has members all around the globe, visited Auckland at Easter to do a four day seminar and although nearing his 80th year, impressed everyone with his knowledge and skill. The surprise came at the end of the final day, when he awarded Mr Eder his 5th dan to much applause from students and onlookers alike.

Ray has been studying aikido for nearly two decades and along with his wife Gail (who holds a 3rd degree black belt in aikido and also a 2nd degree in karate) they run the Kyu Shin Do aikido organisation which has clubs in Albany and Matakana.